Life As an Orderly

Job Description: Transport patients to areas such as operating rooms or x-ray rooms using wheelchairs, stretchers, or moveable beds. May maintain stocks of supplies or clean and transport equipment.

What Do Orderlies Do On a Daily Basis?

Below is a list of the skills most Orderlies say are important on the job.

Social Perceptiveness: Being aware of others' reactions and understanding why they react as they do.

Coordination: Adjusting actions in relation to others' actions.

In 2016, there was an estimated number of 54,000 jobs in the United States for Orderly. New jobs are being produced at a rate of 8.1% which is above the national average. The Bureau of Labor Statistics predicts 4,400 new jobs for Orderly by 2026. The BLS estimates 6,700 yearly job openings in this field. 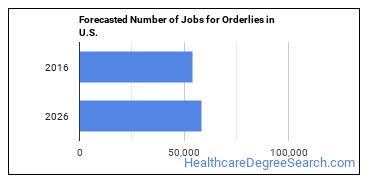 The states with the most job growth for Orderly are Colorado, Idaho, and Montana. Watch out if you plan on working in Illinois, Connecticut, or Oklahoma. These states have the worst job growth for this type of profession.

How Much Does an Orderly Make? 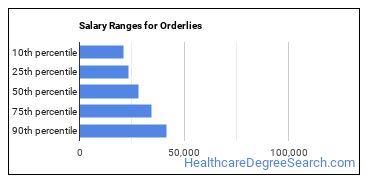 Orderlies who work in Hawaii, Minnesota, or Alaska, make the highest salaries.

How much do Orderlies make in different U.S. states?

What Tools & Technology do Orderlies Use?

Although they’re not necessarily needed for all jobs, the following technologies are used by many Orderlies:

Education needed to be an Orderly: 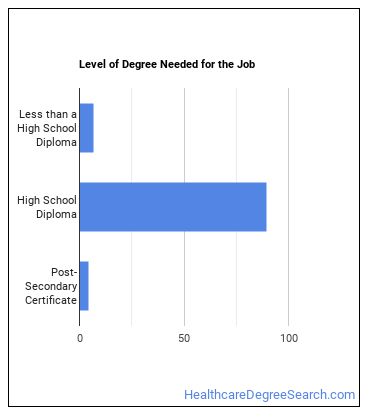 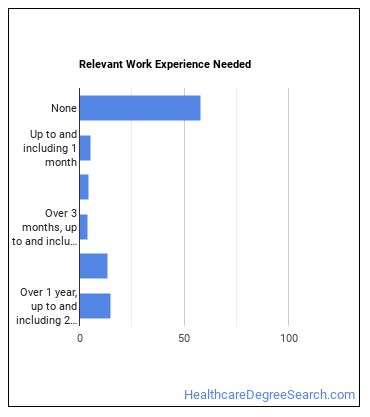 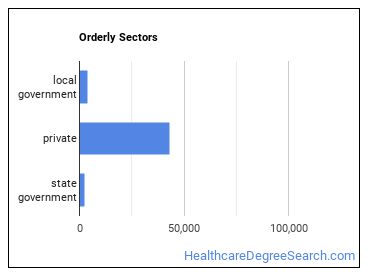 The table below shows some of the most common industries where those employed in this career field work. 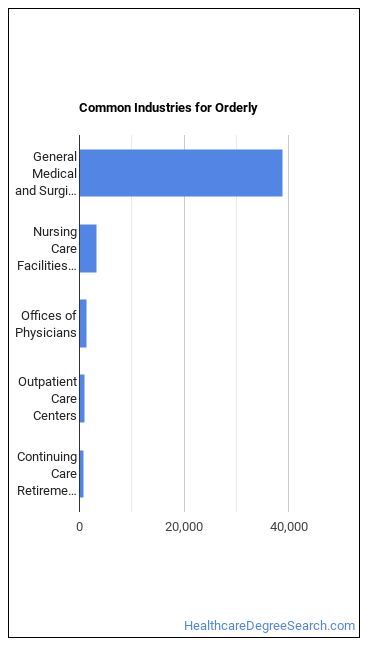